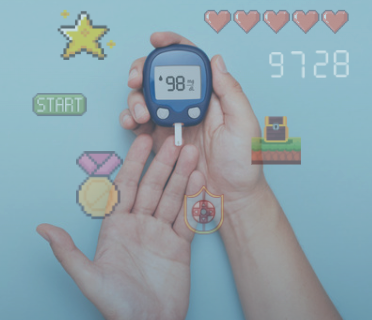 For years people have been researching the effects of gaming on the brain and ultimately using gamification to replicate those effects for other means such as learning, workplace engagement, so can it be effective in the healthcare space?

There are three crucial elements of gamification that make it optimal to be applied to healthcare plans; access, engagement, and outcomes.

The reason the topic of gamification has exploded during the pandemic is because of its accessibility for most audiences. Internet access has spread rapidly across the globe to the point of it becoming a necessity in the modern world. For Medicare and Medicare Advantage plans, there are concerns that “the populations we serve don’t regularly use technology” but smartphone use among people 65+ grows exponentially each year with over 60% owning smartphones.

In mid-2020, about 40% of the global population played video games. The age demographics of “gamers” says that 9% of gamers are 55-64 and 7% are over 65. However if you take into account the people who play video games occasionally the number of seniors who play some form of video game is closer to 30%. According to the Entertainment Software Association, 65% of adults in the US play games on at least one digital platform, playing for fun, stress reduction, or to keep their mind’s sharp with challenges and puzzles.

Since the widespread popularization of video games in the early 2000s, there have been countless studies on the effects of video games on the mind. Video gaming causes a release of the chemical dopamine. When channeled correctly, the dopamine reward cycle related to gaming can be intrinsically tied to desired healthy behaviors, and increase member engagement, ultimately creating long term habit formation.

Education, workplaces, and even healthcare companies are incorporating various elements of gaming to encourage engagement such as: points structures, badges, a compelling story, and personalization.

“Points” satisfy the need for quantifiable progress. Points happen in real time and give the user immediate feedback and rewards. Similarly the use of badges signifies achievement; games can influence decision making, requiring certain actions to unlock special “badges” associated with those milestones. Mechanisms like these offer instantaneous rewards that are critical in habit formation.

Applying an effective narrative helps contextualize the behaviors being applied to the game. Interacting with different tasks and characters assigns an emotional value to achievements beyond striving for points. Story-telling is crucial for creating empathy through technology. Personalization in outreach and layout is essential; ultimately, personalization creates and maintains a human connection behind the interface.

Combining personalization and storytelling builds intrinsic motivation as well as satisfying the need for social relatedness. Many games emphasize this community aspect, allowing users to interact with other users or to see others’ progress on “leader boards.” Social connectivity is a driver of health (i.e., social determinant of health), and gamification can help reduce feelings of isolation through community engagement and interaction.

Self-Determination Theory explains what motivates us to grow and change. One study relates this theory to gamification citing three core needs: the need for competence, for autonomy and the need for social relatedness.

By encouraging health behavior development, members are able to increase their feelings of competence through their achievements within the “gaming” structure. As they progress, they experience the momentum of behavior change. The first achievement leads to the next and so on to create not just one habit, but several. When the achievements are their own, members gain a feeling of self-empowerment and autonomy.

As more companies adopt and explore gamification, the application possibilities continue to grow. Gamification has proven successful in medical practices to reach complex use cases such as Autism, PTSD, and ADHD. Even games not specific to medical care have proven effective in encouraging healthy behaviors.

In 2016, Nintendo launched Pokemon GO. A new gaming experience that had players getting out and “catching” Pokemon in the real world. The game requires players to get outside and move around in order to catch rare pokemon, participate in tournaments, trade with other players etc. This increased physical activity and socialization among its players because in order to make certain achievements you had to move around, for example to “hatch” certain eggs in the Pokemon game you had to walk varying distances depending on the type of egg. Experts who studied the effects of Pokemon Go on previously sedentary players and it in fact increased moderate to vigorous physical activity about 50 minutes per week and decreased sedentary behaviors by 30 minutes a day.

Similarly, there have been studies linking playing Tetris to treating intrusive memories brought on by traumatic events. People who had just experienced a traumatic event where tasked with playing Tetris. While this is not definitively a cure for PTSD, the number of flashbacks for the situations targeted decreased by 64% and was effective for 80% of patients that were tested.

The recent gamification use case making headlines is the FDA’s approval for Endeavor. Endeavor is a gaming treatment prescribed for ADHD as a part of a therapeutic program that could be used in tandem with clinician lead therapy, medication, or educational programs.

Healthy Habits Can Be Fun

The hardest part of starting any new routine is the motivation to continue. The rewards for a new healthy habit may not be immediate, but a reward can be immediate when you incorporate gamification. Duolingo is a great example of gamification.

Many people have a desire to learn a new language but classes are expensive and it can be difficult to nail down the basics at first. Through streaks and badges, users are encouraged in their language learning journey and see progress.

Healthy habit streaks, badges and unlocked rewards are used within the app to measure progress; users can unlock congratulatory messages from loved ones that keep members motivated to continue daily healthy behaviors (like taking medications on time or checking one’s blood pressure).

Habit formation relies on a cue-routine-reward cycle where the reward is immediate and carries value. By making use of gaming elements, Wellth is able to employ the dopamine reward system with extrinsic rewards like incentives and points. Over time, users’ gain competence and autonomy over their own health - their health and confidence is the (intrinsic) reward.

“That 100% that I’ve earned means the world to me. I don’t get a lot of pats on my back and that is a pat on my back every time. Every time I get a little star or a butterfly, I know it sounds silly, it means a little bit tome.”
-Julian, Wellth Member

Overall, Wellth’s fun and easy to use platform has helped thousands of members, aged 15-100+, achieve greater than 80% adherence and decreased high-cost utilization for some of the most difficult to reach populations. The platform meets members where they are at to show them that no matter where they are when they join Wellth, they are able to achieve autonomy in their healthcare and see those positive outcomes for themselves.