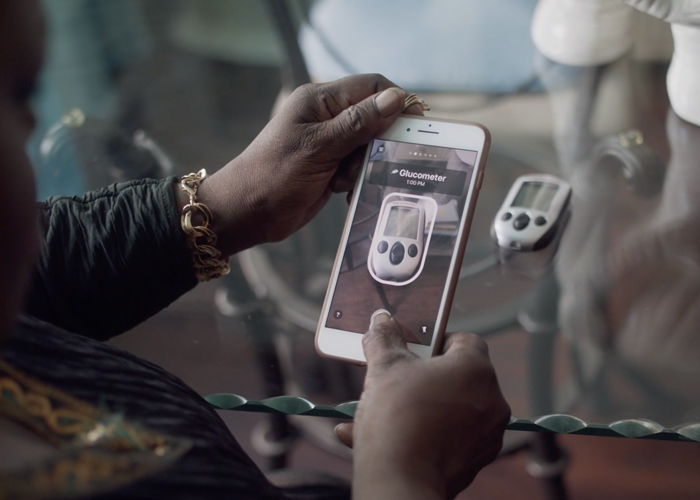 Clinical Significance of Lower Hemoglobin A1c Level in Diabetes Disease Management
The Hemoglobin A1c (HbA1c) metric is a measure of an individual’s average blood sugar level over the past 2-3 months. An individual is diagnosed with Type 2 Diabetes if they have an A1c level over 6.5, and high-risk individuals typically have an A1c over 8.0. In Wellth’s program with SI PPS, the average starting A1c level was 10.05, which is indicative of very high clinical risk. As individuals with Type 2 Diabetes lower their A1c levels, they lower their risk of developing complications associated with heart and kidney disease.

Several studies have demonstrated that improved medication adherence in individuals with Type 2 Diabetes is closely correlated with lower HbA1c. Therefore Wellth’s evidence-based medication adherence solution for Type 2 Diabetes populations results in significant and sustained improvement in A1c level, reducing the clinical risk of the enrolled population.
“The volume to value proposition of value-based payment is not simply a reimbursement phenomenon. Behavior change is at the core of any change in outcomes for individuals with chronic disease.”
— Joseph Conte
Executive Director of Staten Island PPS
How Wellth’s Behavior Change Solution Led to Improved Outcomes at SI PPS
SI PPS and Wellth began working together in Summer 2018 to create a program specifically for the highest-risk portion of the Staten Island PPS diabetes population. The primary goal of the implementation was to implement evidence-based disease management practices in order to reduce the preventable ER visits and hospitalizations that result from Diabetes complications. SI PPS sponsored the implementation of Wellth’s behavioral economics solution across several of its provider partner sites. High-risk diabetes patients were offered the opportunity to enroll into the Wellth program to earn $75 for appropriately taking their diabetes medications and monitoring their blood sugar. Enrolled patients verified these behaviors by submitting a daily photo of their medication and glucometer reading for 70 days. However, if they missed a day, a $2 deduction was made from their $75 rewards balance. This leverages an evidence-based concept known as Loss Aversion to drive better adherence outcomes.
"At first, I never used to take my medications on time and never checked my diabetes, until I was on Wellth and was able to stick to my regimen. I think the financial rewards were a great incentive. It made me care more about my health."
— SI PPS / Wellth Member
HbA1c level reduced from 12.8 to 7.3 on Wellth
Results
The results of the initial program are far reaching. The enrolled cohort of patients had an average adherence rate of 86% throughout the 70-day program and reduced their average HbA1c by 1.29 points, from 10.05 down to 8.76. SI PPS has observed a 92% reduction in utilization of ER services in the enrolled cohort as well as a 77% reduction in preventable short term diabetes complications (Prevention Quality Indicator 1). Staten Island Performing Provider System is now one of the highest-ranked networks in the New York DSRIP program.
"These results are a clear demonstration that a patient-facing tool like Wellth creates a durable client benefit of improved clinical markers representing Quality, reduced avoidable utilization representing Cost, and patient behavior change representing Patient Engagement; the ingredients to VBP success."
— Joseph Conte
Executive Director of Staten Island PPS
Contact Wellth to learn how to:

Thank you!
We received your submission.
A Wellth team member will get back to you shortly.
Oops! Something went wrong while submitting the form.
References
New York State Delivery System Reform Incentive Payment Program: Project Toolkit
Centers for Disease Control and Prevention: Living with Diabetes
Pharmacy Times: Assessing the Association Between Medication Adherence and Glycemic Control (June, 2017)